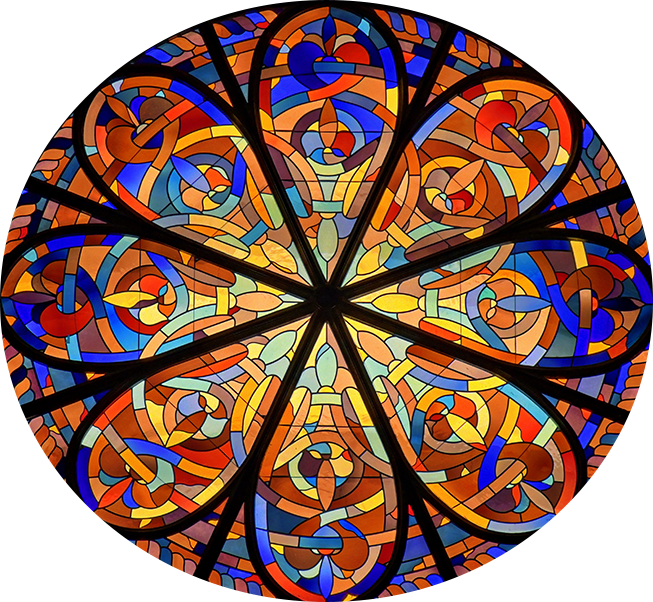 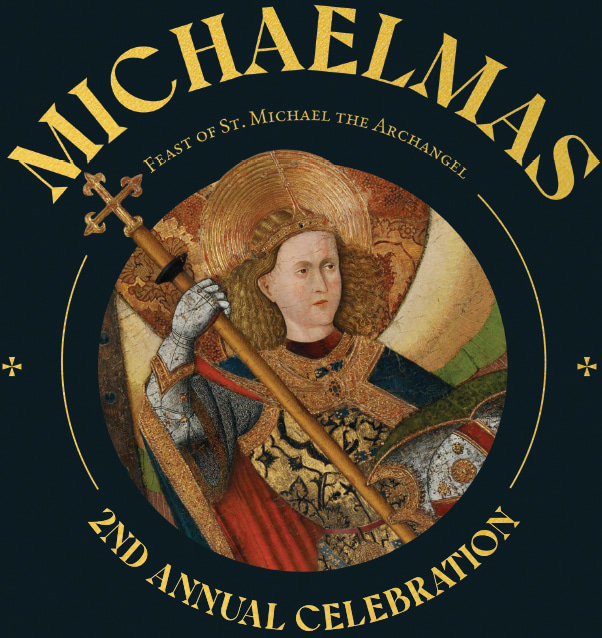 Abbot Eugene and the
Norbertine Fathers of St. Michael's Abbey invite you to Michaelmas.
SEP. 29
2022
VESPERS IS AT 5 PM (Pacific)
Watch the
Livestream 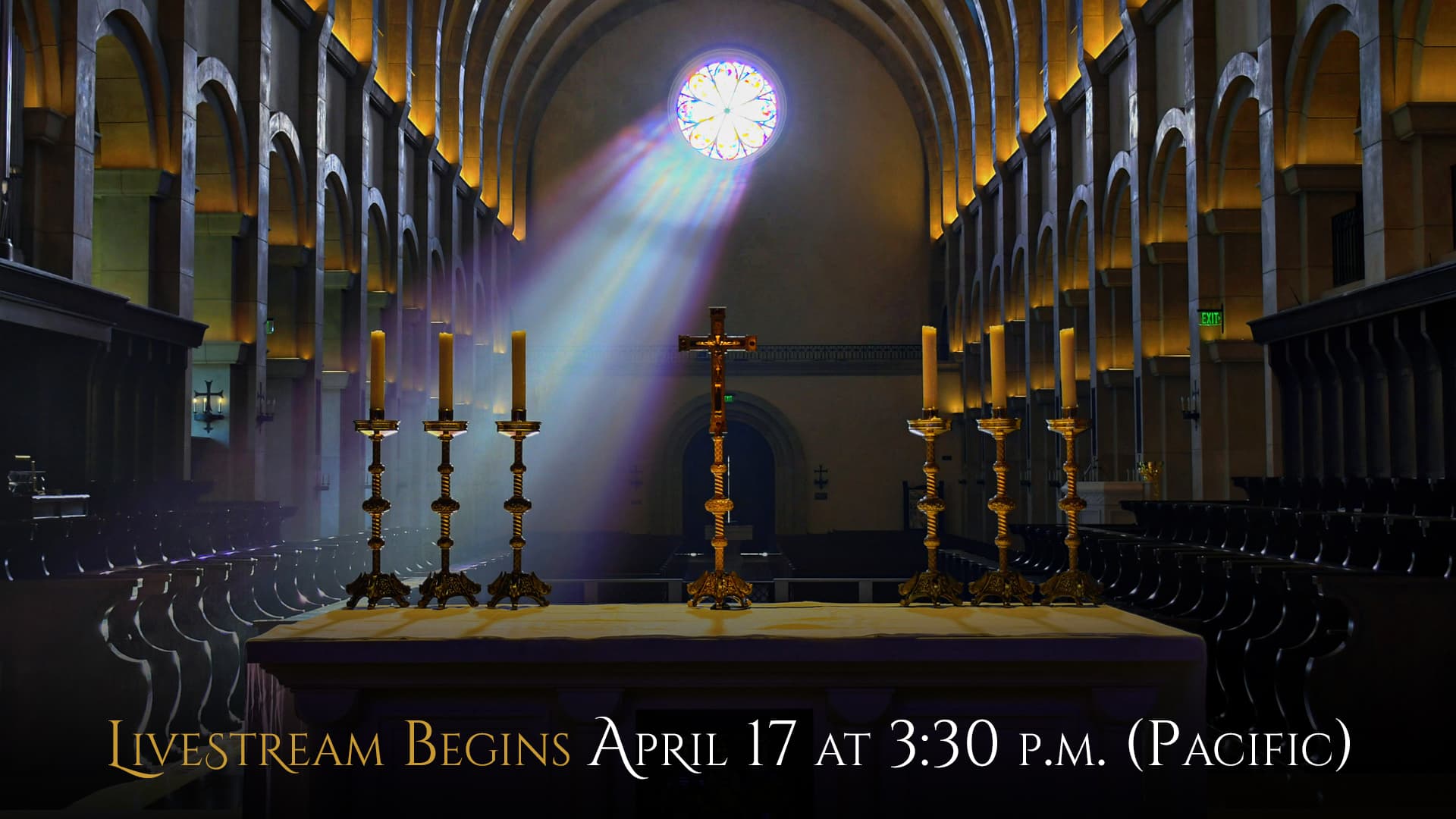 VESPERS IS AT 5 PM
Watch the
Livestream

Date & Location
Thursday, September 29
St. Michael’s Abbey
27977 Silverado Canyon Road, Silverado
4:00pm
Check in begins
4:30pm
Rosary in Abbey Church
5:00pm
Vespers begins in Abbey Church
All are invited to attend Vespers, which will also be livestreamed.
Reception immediately following Vespers
Advance paid tickets to reception required.
ALL TO SUPPORT THE SEMINARIANS
ALL TO
SUPPORT
THE
SEMINARIANS
Our future depends on the work of holy priests. All proceeds from this event support our Seminarian Fund, educating and forming the young men who lay down their lives to answer His call.

In gratitude for your generosity, our seminarians are excited to unveil new ales specially brewed for this celebration.
VESPERS IS AT 5 PM
Watch the
Livestream

Join us as we celebrate the Feast of St. Michael, Archangel and patron of our community. May this exceptional ally continue to watch over our abbey and defend us in spiritual battle.

TICKETS
All proceeds from Michaelmas will support the seminarians on their journey to the priesthood. Thank you for your generosity!

For questions or more information, please contact events@stmichaelsabbey.com
The precise passage of the sun through the rose window on St. Michael's Day is a symbol of Heaven united to Earth.

In our work and in our prayer, life at the abbey is a foretaste of the joy of Heaven. We hope that you can come share in this joy.
AN
ANCIENT
TRADITION
Michaelmas is the celebration of the feast of St. Michael. Roman Catholics have been celebrating the valiant archangel since at least the fifth century. The Leonine Sacramentary (the oldest surviving liturgical text in the Church) mentions that a basilica built along the famous Via Salaria near Rome was consecrated to the Archangels on September 30. The Gelasian Sacramentary and Gregorian Sacramentary, written in the following 200 years, clarify that this was a celebration of St. Michael, and that the accurate anniversary of the basilica’s consecration was September 29. (Sometimes record keeping isn’t an exact science!)

In any case, September 29 seems to have been when people actually observed the holiday. And while that basilica is now lost to time—it survives only as a somewhat unimpressive archaeological site in the Castel Giubileo suburb of Rome—the legacy of this important feast remains! 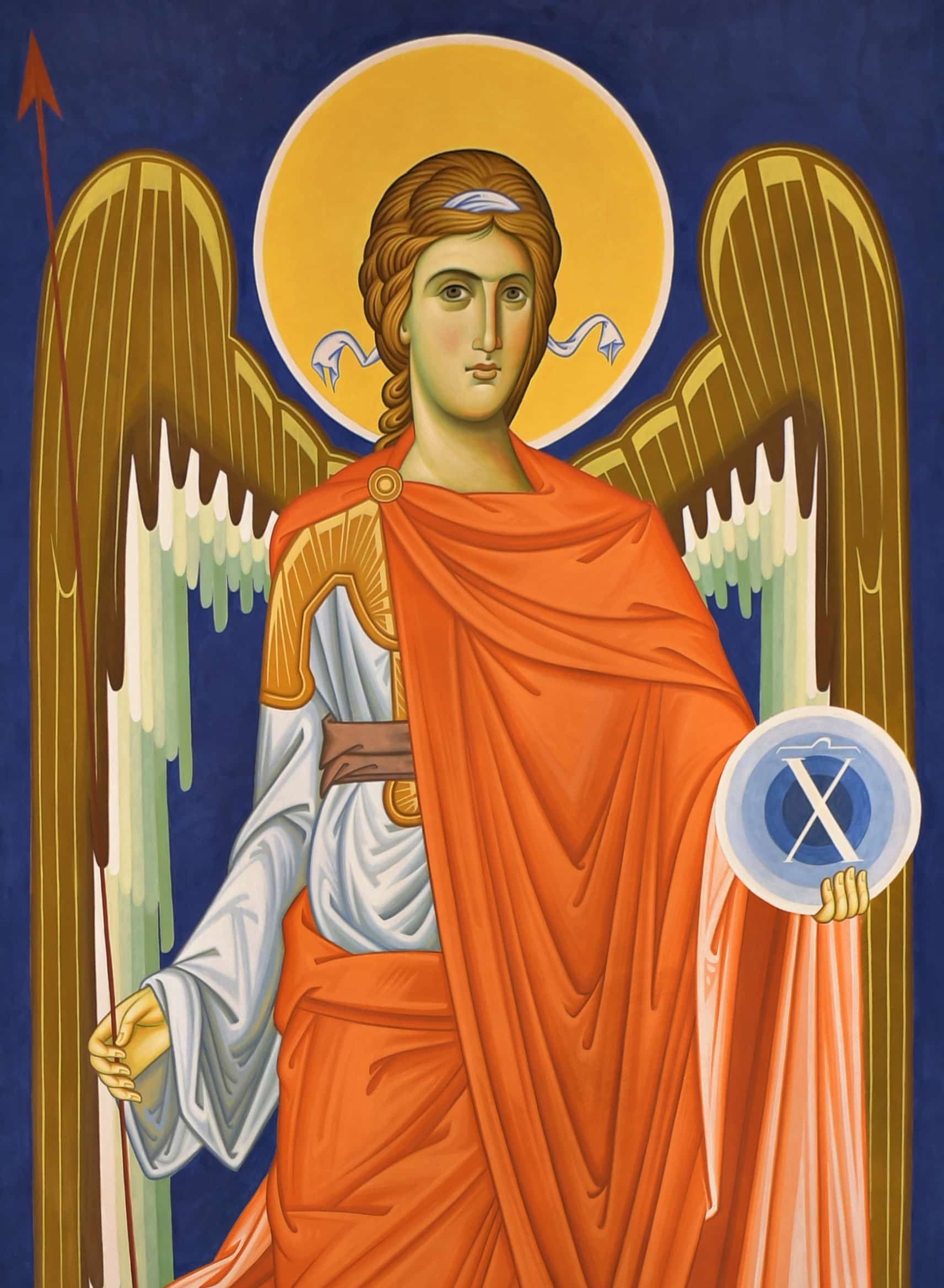 BALLOTS, BEER, AND BLACKBERRIES
‍
By the Middle Ages, Michaelmas had grown into a significant feast. In addition to being declared a holy day of obligation—a designation the solemnity enjoyed until the 18th century—Michaelmas also gained a cultural and political character. In the British Isles, Michaelmas marked the end of major harvests and signified the coming of fall. This timing made the day a convenient time to conduct business: loans and rent expired on Michaelmas, contracts ended and needed renewal, and wages were paid. Soon, Michaelmas became an occasion for elections for both political and academic positions, too.

Catholics would prepare for the solemnity with a short “St. Michael’s Lent,” so when Michaelmas finally arrived many Medievals took the holy day as a chance to party! Towns hosted processions, unveiled the first beer of the fall, and cooked special feasts. In Italy, it became popular to consume ales and desserts featuring ginger, probably because of the root’s association with good health. In England, eating goose was customary. People across Europe used the holiday to pick Asters (sometimes referred to as Michaelmas Daisies) to decorate their churches and homes.

One legend from the British Isles holds that when St. Michael defeated Satan, he cast Satan into a particularly prickly blackberry bush—a tale which developed into the practice of making blackberry jam and pies leading up to Michaelmas and avoiding the berries once the feast had passed. In Ireland, the faithful took the occasion as a chance to remember the dead.

Though the feast is no longer a holy day of obligation, it is still celebrated as a major solemnity by Catholics all around the world—including the Norbertines at St. Michael’s Abbey! 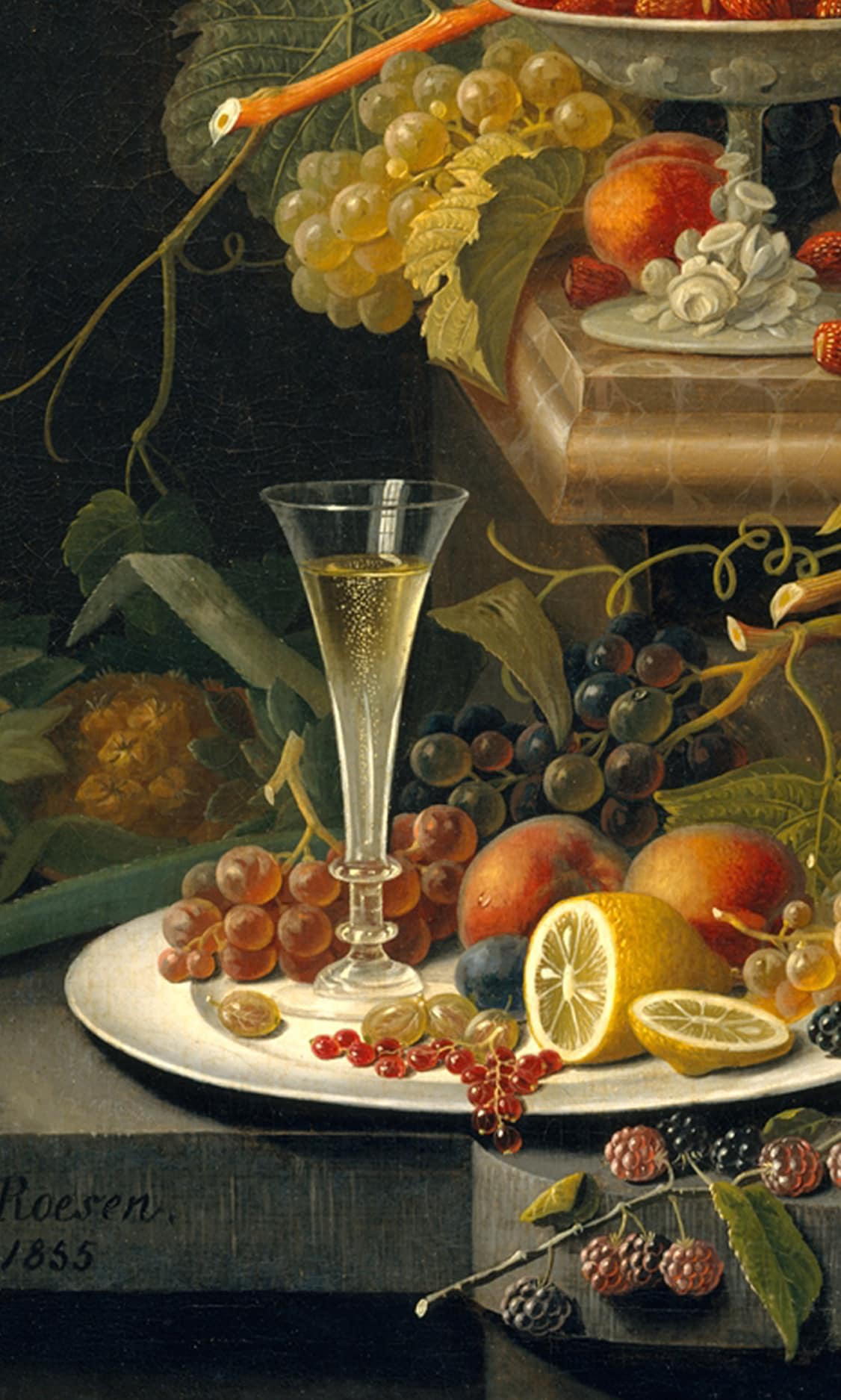 DEFEND US IN BATTLE!
‍
One of the three Archangels venerated by name in the Catholic Church, St. Michael is an important figure and an exceptional ally in the fight against the Devil. Michael is mentioned five times in the Bible, taking the role of a protector of Israel, a guardian of the dead, and, in Revelation, as the angel who defeated Satan and cast him from heaven.

This storied bit of celestial combat has earned St. Michael the role of patrons to others who deal in deadly scenarios, including paramedics, mariners, fisherman, paratroopers, police officers, and military personnel. He is also the patron of grocers, perhaps because of his feast day’s connection with harvest time, or perhaps because going grocery shopping has become much tamer over the years.

In addition to the famous “Prayer to St. Michael” authored by Pope Leo XIII (and a favorite of Pope John Paul II), there are a number of prayers and hymns seeking the archangel’s aid, including a Chaplet of Saint Michael, written by a Portuguese Carmelite nun called Antónia d'Astónaco following a private revelation from the Archangel himself. 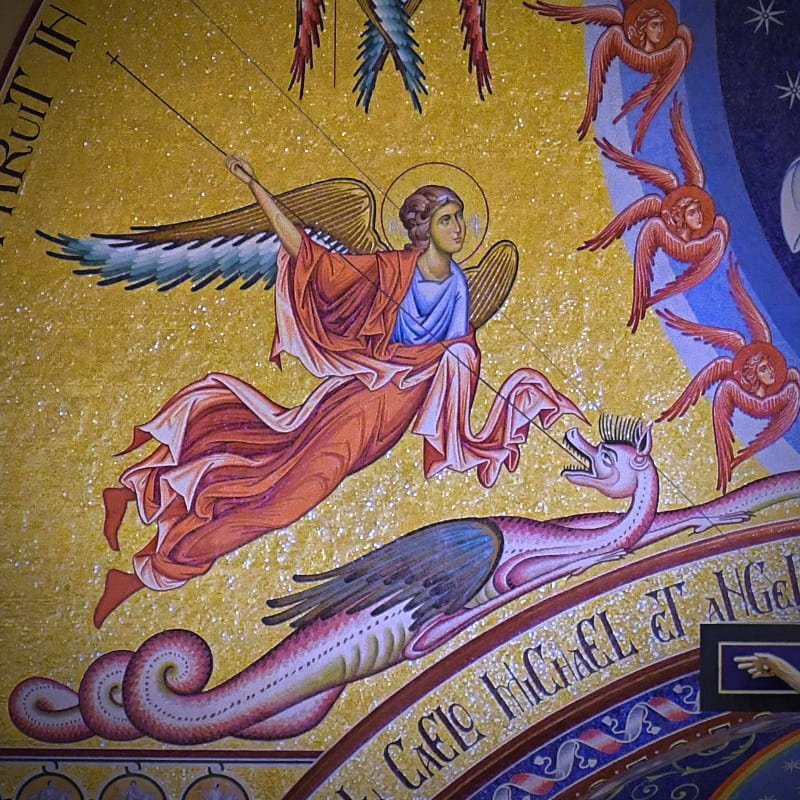 FOLLOWING THE LIGHT
‍
Catholicism is a remarkably physical religion. We recognize a God Who became fully man. We encounter God’s grace in tangible ways in each of the seven sacraments. We acknowledge that physical reminders—icons, rosary beads, sacred music—are powerful tools to help draw our minds and hearts to spiritual realities.

The very architecture of our abbey church is built with physical reminders that draw us into the mysteries of our faith. A great example is the rose window, which is positioned in the church such that every Michaelmas, September 29, the light from the sun will pass through the rose window and rest directly on the high altar. (Plenty of churches in Europe feature this kind of “solar geometry,” but with the exception of many of the California Missions this ancient approach to construction is quite rare in the US.) This is a small but significant reminder of the intense power and grace found at each and every Mass when God, fully present in the Eucharist, descends onto the altar. It is an illustration of the unity of heaven and earth that occurred during the Incarnation and has occurred at every Mass since! 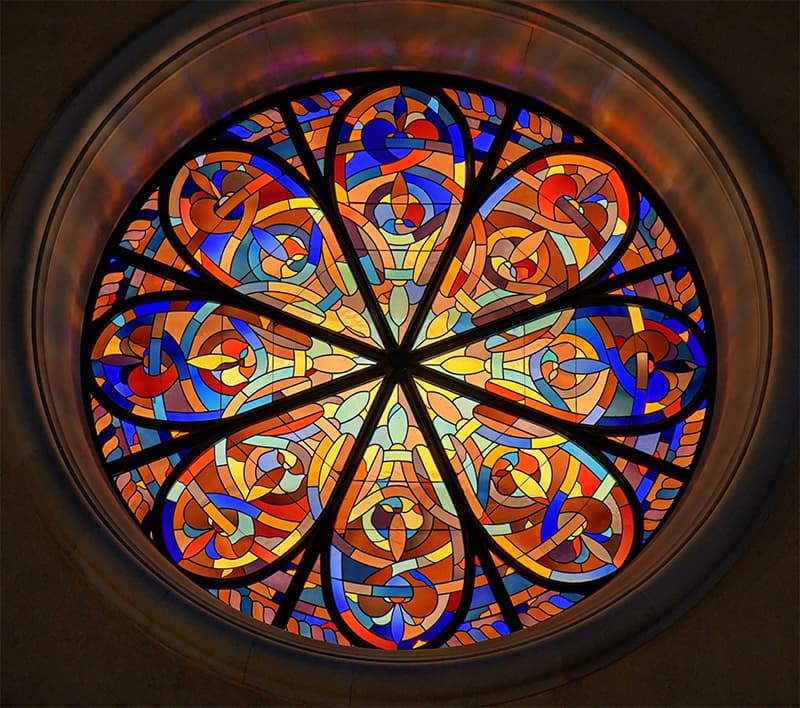 HONORING OUR PATRON
‍
Since its founding, our community has put itself under the protection of St. Michael.

On June 11, 1950, seven Norbertine Fathers from the Abbey of St. Michael in Csorna, Hungary, staged a daring escape from Communist authorities under the cover of nightfall. They did so with no time left to spare – the order came down for their arrest the very day after their escape! Under the protection of St. Michael, these men made it safely to the United States two years later.

For years, these seven priests worked and saved to found a community of their own, first with the Norbertines in De Pere, Wisconsin and later as chaplains and teachers in California. They were, at long last, able to found a new community in 1957, which they dedicated to St. Michael, who had remained a steadfast intercessor and protector.

Today, we continue to place our trust in this great archangel, who continues to intercede for us. We are honored to name him as our patron, and the celebration of his feast is always one of the most joyful moments of the year in our community. 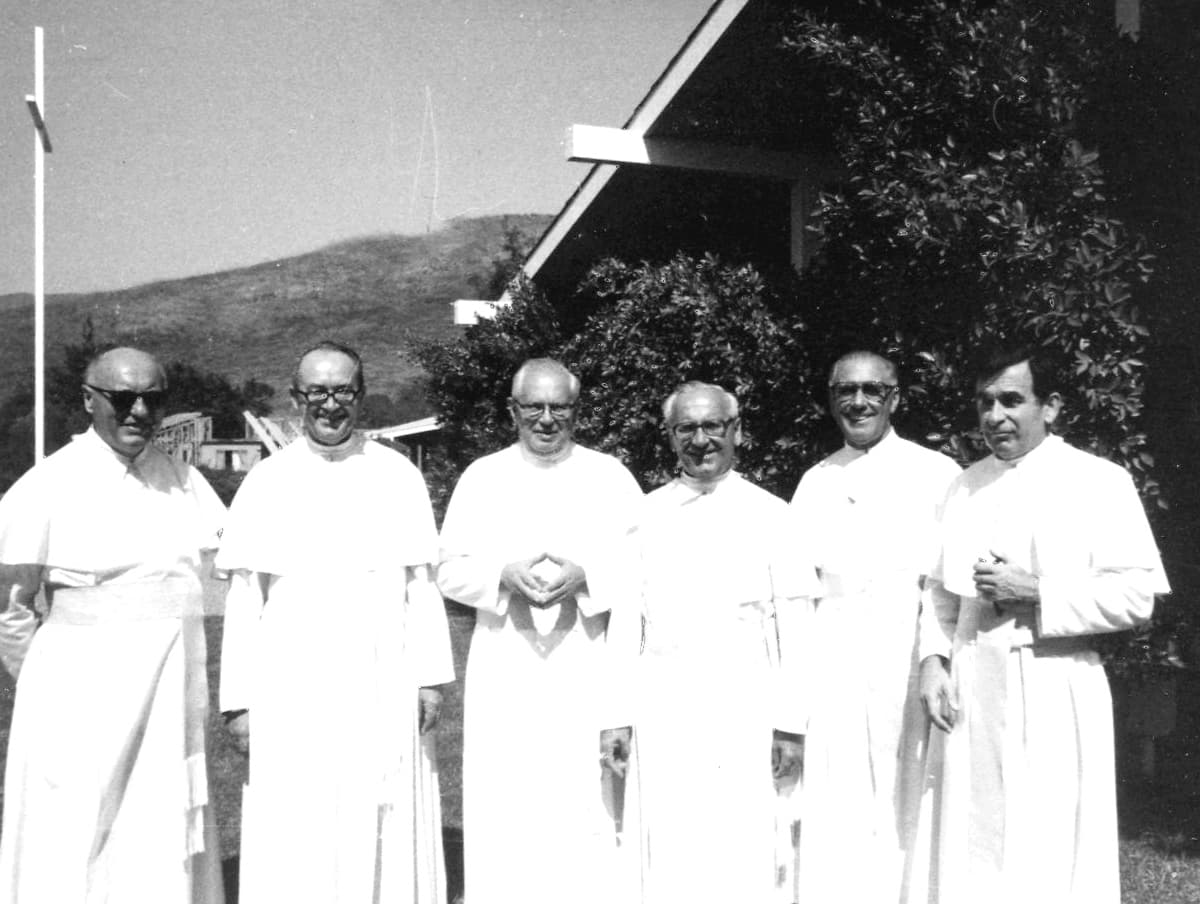